For the past eleven years both Barons teams (adult & junior) have been the nations premier and top ranked wheelchair softball teams. The adult team has won eight of the past twelve titles, while the junior team won five consecutive Varsity division championships from 2008 through 2012. Both teams feature players with significant athletic accomplishments including a former minor league baseball player, paralympic medalists, and wheelchair basketball team champions.

The Barons compete in the National Wheelchair Softball Association (NWSA) against several Major League Baseball sponsored teams from Chicago, Boston, Minneapolis, Cleveland, New York, Denver, and Tampa Bay. While those teams have the advantages of funding and population, the Barons have used a Midwestern formula of hard work, diligent preparation, all-out-effort, teamwork, and the new Barons field at ALLPLAY Complex to bring multiple national championships home to Nebraska.

The Barons come from all walks of life and professional accomplishment including: doctors, lawyers, professors, business professionals, computer programmers, former professional baseball players, production line workers, and students. Their disabilities include: amputation, spinal cord injuries, cerebral palsy, spinal bifida, and other birth defect and trauma injuries. Men and women of all ages can compete in wheelchair softball as long as they have a disability affecting their mobility.

For over 38 years, the National Wheelchair Softball Association (NWSA) has promoted and developed the game of wheelchair softball for adults with disabilities. Thousands of disabled athletes from across the country have benefited from the ability to participate in a game that is considered America’s greatest pastime. These individuals needed to develop a way of playing without the full use of their legs that would allow easy maneuverability in a wheelchair and keep the fast pace of softball. Thus was born a new game played on hard surfaces, such as a parking lot or one of the ten dedicated wheelchair softball fields through out the country, instead of the normal grassy infield, allowing players maximum speed and maneuverability, A larger 16-inch softball is used (14 inch is used in the junior division) which allows wheelchair players catch hit and thrown balls without gloves.

Founded In 1976, NWSA serves as the governing body for wheelchair softball in the United States. The game is played under the official rules of the 16-inch slow pitch softball as approved by the Amateur Softball Association of America with some exceptions geared toward the wheelchair user. Teams throughout America practice on regular basis during late spring and summer months and compete in tournaments throughout the summer. NWSA hosts a national wheelchair softball championship tournament annually, which celebrated its 38th anniversary in Minneapolis, MN at Todd Anderson Field this past August.

Wheelchair softball is an competitive, exciting, and challenging summer sport that enables most wheelchair users to compete. To learn more about the NWSA, browse the website at: www.wheelchairsoftball.org

Who may participate? Generally, anyone with a permanent disability to a lower extremity can play wheelchair softball. Every player needs to be “certified” to determine eligibility and level of disability. Men, women, and children are invited to play on our team. 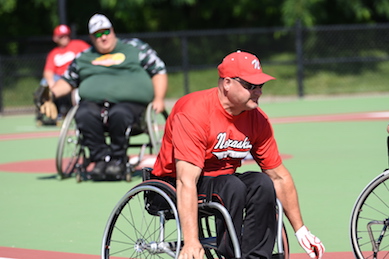 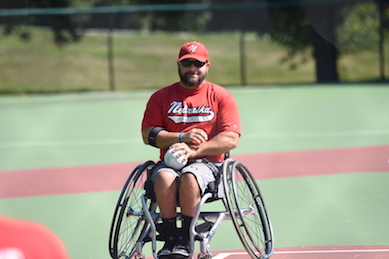 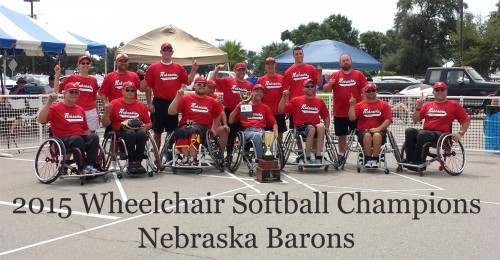 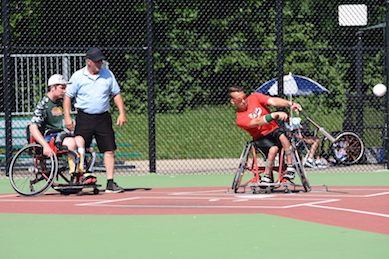 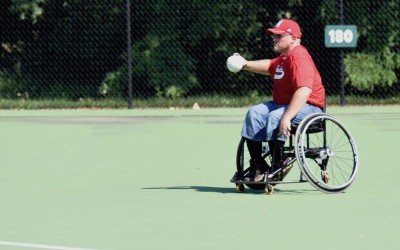 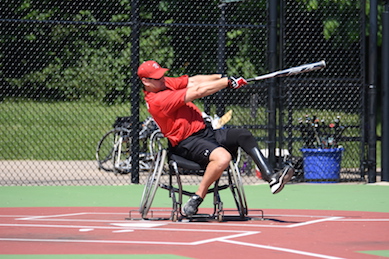 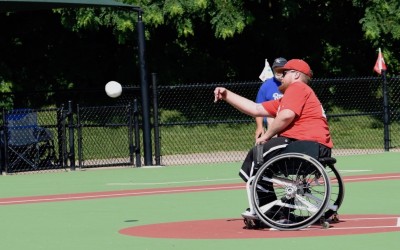