Wheelchair Quad Rugby, also known as “murderball”, is a wheelchair sport originally developed in Canada. In 1981 the sport was introduce in the United States and has become one of the  fastest growing wheelchair sports in the U.S. with more than 45 organized teams. Quad Rugby is both an international sport and a competitive sport in the Paralympic Games. Players have various disabilities, but all must have impairments in at least three out of four limbs. Players are given a classification number ranging from .5 to 3.5. The players with .5 classifications have the greatest impairments and play defensive positions. While players with higher classification numbers have lesser impairments and play offensive positions. Quad Rugby players use special reinforced wheelchairs that can withstand the high energy, competitive play of the sport. The local team The Midwest Rugby Rebels formed in early 2007, under the sponsorship of BlazeSports Omaha, a partnership between Nebraska Adaptive Sports, Alegent Health Immanuel Rehabilitation Center, Great Plains Paralyzed Veterans of America. Our team is based in Omaha, and the players come from Nebraska, Iowa and South Dakota. The Midwest Rugby Rebels practice typically from September thru April and compete in regional tournaments and host a local tournament. 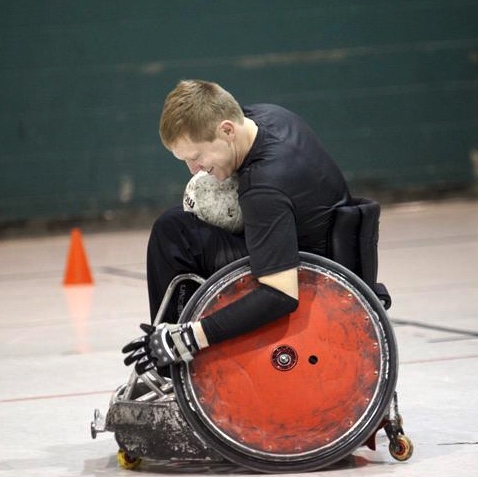